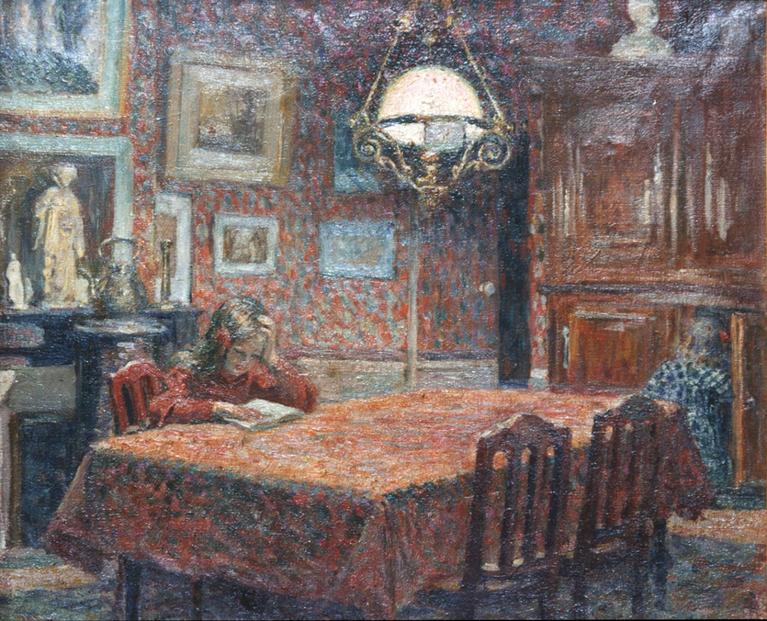 The historical collections feature 5,000 artists and over 23,000 works dating from the late 18th century to the early 1900s. It should be noted that most of the works acquired are by French artists (3,680 artists), without overshadowing bodies of works by foreign artists (German, American, Belgian, English, Italian and Swiss). 12,200 works are paintings, and approximately 5,000 are sculptures. The field of graphic arts is represented by some 1,500 works. The rest of the collection comprises between decorative artworks, photographs and architectural measured drawings.

Hierarchy among arts and genres

This collection illustrates the hierarchy among arts and genres that was codified during the 19th century. It falls within an artistic tradition already established by the Académie under the Ancien Régime. This historical collection reveals the central position of the Salon and Parisian art schools, as well as the tradition of the Prix de Rome scholarship, in the artistic life of France and Europe.

It thus illustrates the various art movements that punctuated the life of the arts: Neoclassical taste, Troubadour painting, the rise and triumph of Romanticism, the continued presence of Historicism, the rise of landscape painting following the Barbizon School, the revival of Realism and Naturalism, the pronounced taste for Orientalism, and the beginnings of Symbolism in the last years of the 19th century. A certain academic notion of shapes still prevails nonetheless, especially under the Third Republic, with Salon art and its codified and hierarchized genres.

Commissions and purchases of official portraits

Commissions are typical of the 19th century, amounting to over 9,225 works, almost half the purchases made during that time. A specific portion of the historical collection is devoted to commissions and purchases of official portraits of the various sovereigns and heads of state, from Napoleon I to Napoleon III. The advent of the Third Republic led to the purchase and promotion of the symbols and emblems of the new democratic regime. This is especially significant at the time of the Centenary of the Revolution in 1889, in particular with the dissemination of the key figure of the Republic, known as Marianne, after the renowned model created by the sculptor Jean-Antoine Injalbert.

A large number of copies of paintings by great French, Italian and Nordic masters were placed on long-term loan in religious and public buildings up until the end of the 19th century. These works provide information on the taste of the time and reveal the existence of a specific market. Professional copyists were often women and young artists. For the former, this type of commission was often the only one they were eligible for. A copy could also be the first commission or purchase of the State, and some artists would later earn fame and official recognition. Some 6,600 works inspired by masters or creations of the past (sculptures and mouldings from Antiquity, the Middle Ages and the Renaissance) were commissioned throughout the 19th century, including 4,650 paintings.