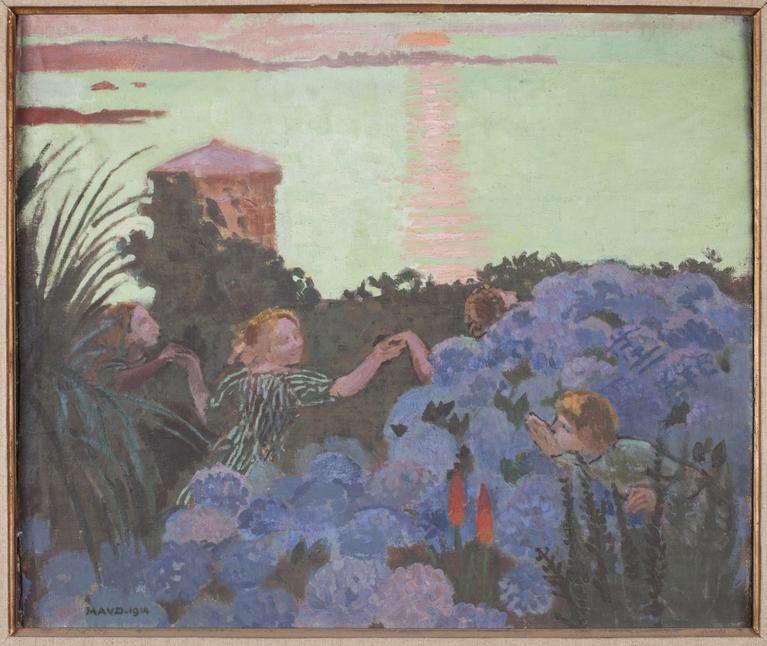 The collection covers a wide range of artistic realities, and its chronological field is marked by significant developments in artistic creation and its very definition. The major steps can be outlined nonetheless. Compared with the 19th century, the smaller number of purchases through commissions (3,900) and at Salons (2,100) attests to the new methods of acquisition that were gradually gaining ground: direct purchases from artists, and mostly acquisitions from galleries, reflecting a new sociology of the art market in the 20th century.
While the turn of the century was still dominated by the academic system of competitions, Salons and State commissions, a few major artists entered the State collection as early as 1907: Camille Claudel created her Niobide Blessée in 1907 and, that same year, la Petite Lina, a Fauve work by Charles Camoin, was bought at the Salon d’Automne. The famous Odalisque à la culotte rouge by Henri Matisse (1921) would soon join the collection.

The European avant-garde is represented by works of the New Objectivity movement (two pieces by Max Beckmann acquired in 1931 and 1932), and the Russian avant-garde, with two paintings by Vassily Kandinsky from 1936.

During the 1920s-30s, the State took particular interest in the development of the various currents and styles at the heart of the artistic debate of the time (such as Art Deco, Return to Order, and colonial painting and sculpture). Mention must be made of the purchases and numerous State commissions under the Front Populaire and in the context of the 1937 Exposition Internationale. In fact, that period is marked by new commissions in the areas of statuary and public design. In the same way, the State facilitated the revival of religious art in the context of the Chantiers du Cardinal from the 1930s onwards, particularly in the Paris region, and after World War II, in connection with new debates on the issues of the sacred art of the Reconstruction and the considerations of the Dominican Fathers Regamey and Couturier.

The artists from the New School of Paris were spotted and followed from 1947 onwards: Maria-Elena Vieira da Silva’s La partie d’Échecs entered the collection in 1943, and so did Alfred Manessier’s Coqs Combattant in 1944. Still during the post-war period, a number of retrospective purchases were made: such was the case for Hans Arp’s Pépin Géant (1937), Sonia Delaunay’s Bal Bullier from 1913, acquired in 1953, and Pablo Picasso’s works from 1958 onwards.

The State also commissioned from Henri Matisse the large gouache cutout La Tristesse du Roi, completed in 1953. Many works acquired in that period were transferred to the Musée national d’art moderne in Paris when it was created.