A map of artistic creation

The visual arts collection forms a map of artistic creation in all its richness and diversity. The heading “visual arts” covers a wide range of media and techniques, including the various materials used by artists today. In addition to traditional media, painting, sculpture and graphic works, the collection has opened up in the last few years to new types of art projects in a more cross-disciplinary approach: installations, atmospheres, formal works, performance pieces and sound.

A wide range of media

This focus on all forms of artistic creation is reflected in the acquisition of sound installations (Dominique Blais, Céleste Boursier-Mougenot), interactive pieces (Piero Gilardi) and installation-performances (Dora Garcia).

Some installations attest to the support lent young artists, while others join existing series. Monumental sculpture also proves to be a particularly protean genre that explores materials and experiences (from Hubert Duprat to Maurizio Nannucci) and offers protocols (Mona Hatoum). Other smaller sculptures (Sigalit Landau, Peter Coffin) also testify to the diversity of approaches that co-exist today.

In the field of painting, works by established as well as young artists - such as Djamel Tatah, Valérie Favre, Stéphane Bordarier, Sylvie Fajfrowska, Samuel Richardot, Farah Atassi, Jean-Charles Eustache, Nathan Hylden and Cyprien Toukoudagba - have entered the collections. A large triptych by Mathieu K. Abonnenc and a digital print by Susanna Fritscher partially fall within the realm of painting, showing, once more, the extent to which practices can be revisited.

Many works on paper by Henrik Plenge-Jacobsen, Evariste Richer, Saâdane Afif & Devalence, Carmen Perrin and Tracey Emin have been added to the graphic arts collections. In 2010, a large portion of the printed works produced by the CNEAI in Chatou was acquired, allowing missing pieces to enter the collection. Finally, the collection of artist’s books is regularly supplemented:  from Robert Barry to Maurizzio Cattelan, Dan Walsh and Haim Steinbach.

The works, most of which are on long-term loan to French and foreign museums, attest to an ongoing interest in young artists, especially those who have never received a public acquisition. 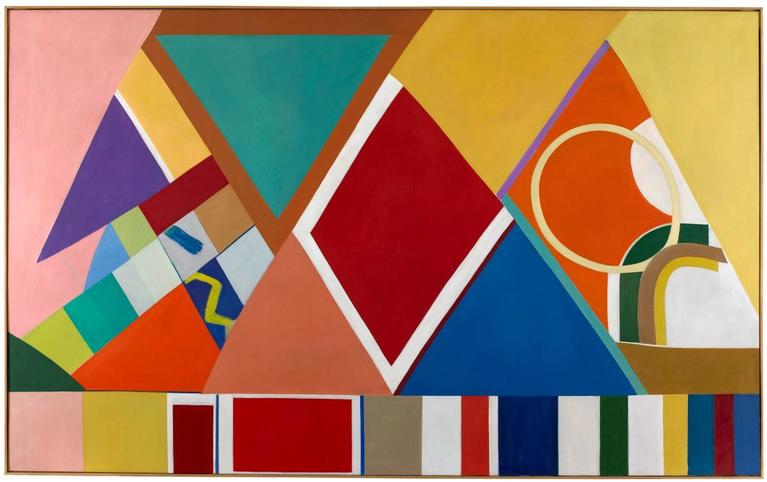 The collection features close to 12,100 works, 4,300 of which are State commissions.

The collection has a core of older works that are particularly representative of the period from the 1950s to the 1970s, focusing on, French humanist photography, Italian neo-realism, and reportage d’auteur. A number of remarkable and coherent series illustrate the work of key photographers of the period, including Édouard Boubat, Robert Doisneau, William Klein and Maurice Tabard.

Since the end of the 1980s, the collection has carefully recorded the exceptional developments in photographic art within the French and international art scenes. Major works of the German scene were acquired from Bernd and Hilla Becher and from the entire Düsseldorf School, from Candida Höfer to Andreas Gursky, but also from other German schools and scenes, from Katharina Bosse to Wolfgang Tillmans and Sven Johne. In the same way, the collections include the essential photographers of the African scene, from Seydou Keïta to Guy Tillim, from Viviane Sassen to Sammy Baloji, the Russian scene, from Yuri Kozyrev to Olga Chernysheva, the Ukrainian scene, from Boris Mikhailov to Oleg Kulik, the Finnish scene, from Elina Brotherus to Ville Lenkkeri, the American scene, from Walker Evans to Robert Adams, and the Chinese scene, from Jian Jiang to Huang Yong Ping. 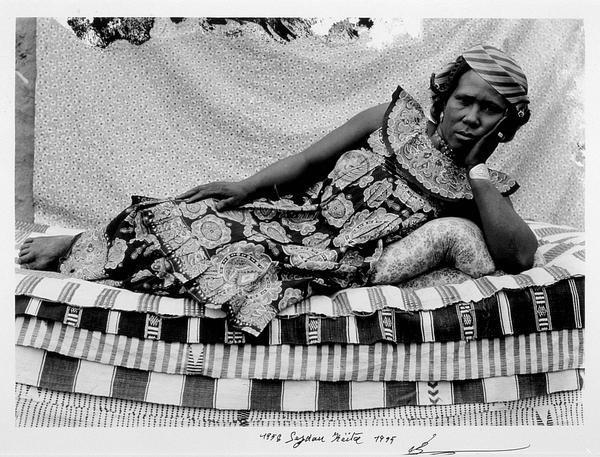 Close to 800 works (video projections, installations, single-tr acks on monitors), acquired through purchases or State commissions, have entered the CNAP collection since 1972. As long-term loans to museums to complete series, or as short-term loans for temporary events, video works are regularly featured in thematic exhibitions.

A rich and diverse collection

A stand-alone collection in its own right, the Video Collection forms a very coherent whole, while reflecting the aesthetic trends occurring in contemporary artistic creation.

A journey through the 20th century

Since the invention of cinema around 1895, that of television in 1937 and its widespread use from the 1960s onwards, the invention of video and the emergence of the first household VCR in the 1970s, contemporary artistic creation throughout the 20th century was placed within the broader context of the videographic space, as well as that of the cinema.
An additional element should be highlighted in the history of moving pictures: the fundamental role of documentaries and documentary essays within the history of cinema, as well as within contemporary art.

Cinema of exhibition, artist’s films and video installations that place images within space, all attest to the importance of cinema in the imagery of contemporary art, re-enacting what had already happened between art and cinema at the dawn of the 20th century, with the invention of cinema. Cinema, experimental cinema, video art, documentary essays, cinema of exhibition, artist’s films: these are all parallel stories, to consider for their own sake, establishing no hierarchy, in order to preserve their richness and complexity; they all form the melting pot of “time-based media”, which should be seen as a widespread audiovisual galaxy. 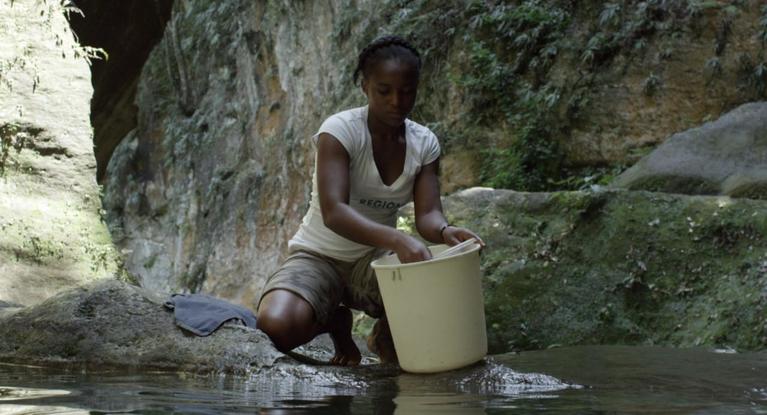 Over thirty years of purchases to build a major collection

In 1981, the area of decorative arts, industrial design and crafts was added to the collection, and a specific commission was created with its own budget. It was born out of the willingness to encompass the diversity and vitality of contemporary design. After regular purchases, based on the recommendations of figures from various backgrounds (experts from the Ministry of Culture, but also designers, journalists and independent curators), the collection has grown to include close to 9,500 pieces, including commissions, by over 2,200 artists and designers. It reflects the developments and diversity within this very broad field, and - rather than telling a historical story - it does so through a series of views on and interpretations of what it is today.

Building on a historical core of State commissions, the collection is one of the foremost collections of contemporary design in Europe. Important monographic series illustrate the work of iconic designers within the European scene, including Ettore Sottsass, Alessandro Mendini, Gaetano Pesce, Jasper Morrison, Martin Szekely and Philippe Starck. From Ronan and Erwan Bouroullec to the Radi Designers, Matali Crasset, Droog Design and 5.5, the leading figures of the last decade are also well represented. The works produced in the context of State commissions, such as the ceramics that emerged from the experiment of “Designers à Vallauris” (1998-2001), also contribute to the uniqueness of this collection. Driven by a prospective approach, the CNAP also endeavours to acquire the works of emerging figures such as Julien Carretero and Émilie Voirin. Lastly, the commission's fields of activity were recently extended to the area of graphic design, leading to an expansion of the collections in 2010 to include a number of significant pieces, such as Pierre Di Sciullo’s Qui ? Résiste journal series, a series of models by Peter Knapp, and Philippe Millot’s books.

The collection explores a wide range of areas: furniture, tableware, lighting, textiles, but also jewellery, household appliances, new technologies and fashion accessories. Innovative cycles, “nomadic items” such as USB keys and mobile phones, and even Apple products have thus been recently added to the collections.

This typological diversity is mirrored by a wide range of production methods and circuits. One-off pieces, artifacts made using traditional or new processes, prototypes and industrial products all reflect the diversity of practices and the many people involved: designers, publishers, gallery owners, craftspeople and manufacturers.

The issue of the one vs. the many is pervasive throughout the field of design, and therefore throughout the collection, raising the question of the status of the object. Everyday icons, such as gas bottles and Vélibs, thus appear alongside experimental, limited-edition pieces, such as Mathieu Lehanneur’s weather station/mirror on the world, Demain est un autre jour, and the lamp Surface tension by the collective Front Design, which replaces the traditional light bulb with ephemeral soap bubbles.

The collection thus illustrates evolutions within the domestic landscape and the changing ways of inhabiting the world. The question of the transformation of lifestyles and the significance of new production methods, in the time of 3D printing and open-source technologies, fuel the discussions on future acquisitions. 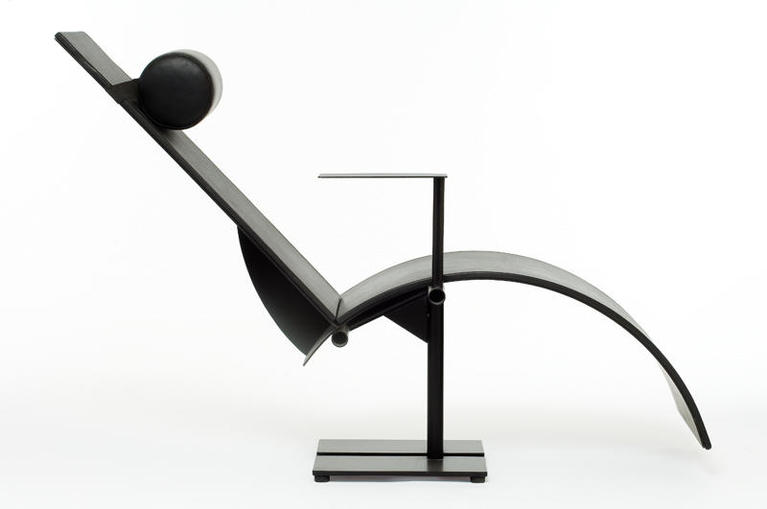 Studies and Models for Public Commissions

Since 1983, the collection managed by the CNAP has been enriched by several thousand studies and preparatory works produced in the course of commissions. This collection, atypical and heterogeneous, makes it possible to trace the history of the commissioning of works of art in France over the last thirty years in a quite exceptional way.

Tracing, as extensively as possible, the history of public commissioning

The story of this collection is closely linked to the arrangements for public commissioning set in place in 1983: all the studies and preparatory works for commissions monitored by the  consultative committee for national public commissioning are therefore recorded in the inventory of the Fonds national d'art contemporain, whether these works have been entirely financed by the State – in which case the CNAP is also the manager of the work itself – or whether they have been the subject of co-financing between the State, a regional authority and  private partners.
The CNAP also conserves the studies and preparatory works for the commissions it supports, as in the case of the programme for the commissioning of the “Nouvelles Vagues” (New Waves) prints.

A collection as rich as it is heterogeneous

This section of the collection, representing 653 artists via 3,624 elements of studies, demonstrates the variety of the commissioned works and of the chosen artists' ways of working.

Indeed, although the idea of public commissions is often associated with art destined to be installed in the public space, it is not limited to this field of activity, and covers a vast variety of works mirrored in the studies and preparatory works. These therefore take extremely diverse forms, whether they are drawings, 3D simulations, research dossiers, models, photographs, video extracts, tapestry patterns, stained-glass mock-ups, etc.

The CNAP ensures that these studies are preserved and shared; they may therefore be loaned or deposited in the same way as the other works of the collection.

Immersing oneself in the heart of the creative process

This collection reveals the creative process of commissionned works, notably by comparing the study with the finished work, and observing the evolution of the artist’s work. Whether the differences between the initial project and the work in its final state are the result of the discovery of unexpected constraints or of the simple maturation of the initial idea, for the researcher and for the general public they constitute rare information, enabling them to follow the creation of a work in an exceptionally close and intimate manner.

The studies for commissioned works that, for various reasons, were never produced, are also included, sometimes providing the only evidence of abandoned projects, whose studies nevertheless allow us to imagine how they would have been. 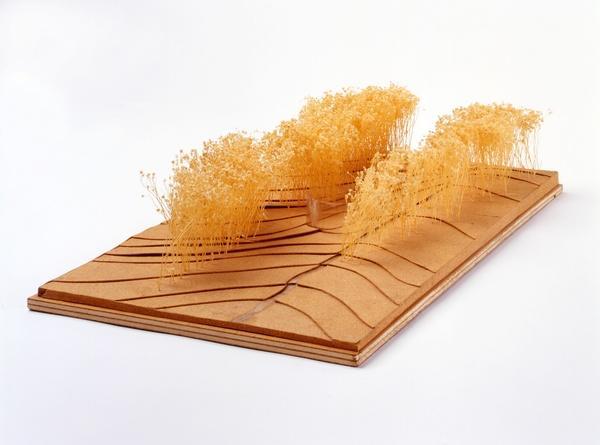