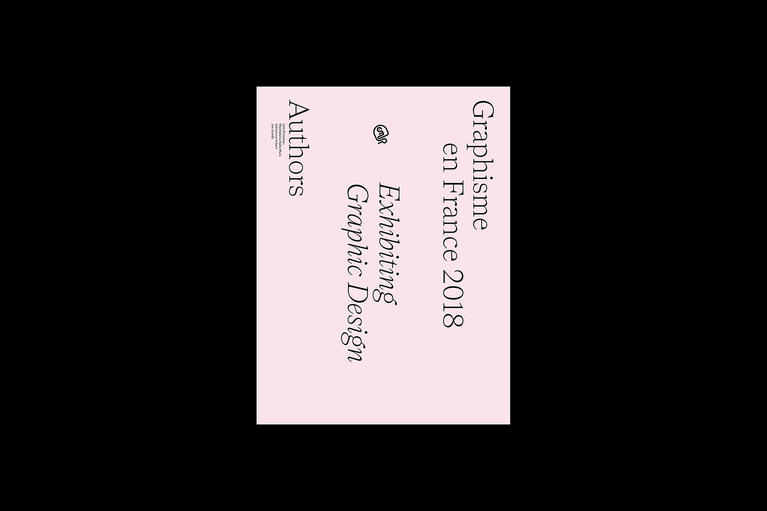 The publication Graphisme en France 2018 has been launched. Published by the Centre national des arts plastiques (Cnap), it addresses the question of curatorship and the exhibition of graphic design.

Traditionally dedicated to posters or to particular Graphic Designers, the 1990’s saw the emergence, particularly in the context of graphic design festivals and biennials, of exhibitions proposed by curators who were themselves graphic designers. Since then, these curatorial practices have made their appearance in teaching programs and have also been the subject of research programs. The shifting of graphic design – a functional object which is intrinsically exhibited, being both multiple and intended for the widest possible audience – into the context of the museum or the gallery, raises a certain number of questions.

And so, researcher Clémence Imbert looks back over the history of exhibitions of graphic design, Italian researcher and teacher Maddalena Dalla Mura looks at the figure of the curator/graphic designer, based on exhibitions that have been organized all over the world. Lise Brosseau, who is currently preparing a thesis on the curatorial practices of graphic designers, analyzes their possible impact on the construction of a specific discourse. Finally,  Jon Sueda, designer, teacher and exhibition curator shares his questions and thoughts, based on his own experience and his practice.

The graphic design of this new edition was entrusted to Camille Bonnivard, a young graphic designer, graduate of the École européenne supérieure d’art de Bretagne of Rennes, where she contributed to a number of educational projects that experimented with the question of exhibiting graphic design. Her proposition plays with the graphic codes of the exhibition catalogue, of the poster, the caption and notions of scale. She has chosen to use Emilie Rigaud’s typeface David, along with Nantes by Luzi Gantenbein.