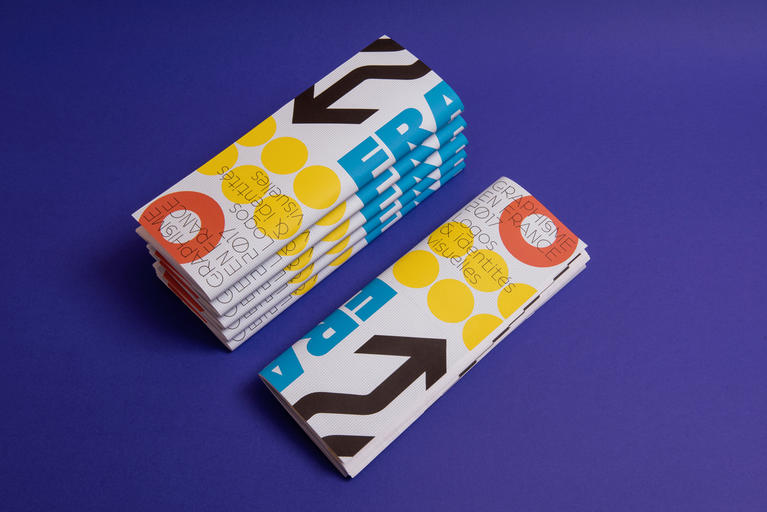 Issue 23 of Graphisme en France, published by Centre national des arts plastiques (Cnap), is out now. This latest edition of the journal looks for the first time at a key aspect of graphic design: logos and visual identities.

Original contributions, commissioned from historians, graphic designers and academics, paint a non-exhaustive picture of the history and context of logo and visual identity creation.

R. Roger Remington, design historian and professor, and director of the Vignelli Center for Design Studies, looks at the origins and development of visual identities, in the United States in particular, during the 1940s.
Paul Rand, a renowned American graphic designer, wrote extensively on the subject. His essay on logos was published in the AIGA Journal of Graphic Design in 1991, and is published here for the first time in French.
Ruedi Baur, a Franco-Swiss graphic designer and creator of visual identities for international clients, shares his advice on how to create virtuous visual systems for public space.
Vivien Philizot, a French graphic designer and doctoral student in visual studies, takes us through the history of logos, and deciphers how they impact our visual environment.
And finally, Martin Lorenz, a German graphic designer, shares his research into and practice of flexible visual identities, a design model that has developed alongside digital media.

As always, the graphic design for this year's Graphisme en France is the work of young professionals who proposed an original project in relation to the journal's theme. Elsa Aupetit and Martin Plagnol, both graduates of École Nationale Supérieure des Arts Décoratifs in Paris in 2012, set up Kiösk graphic design studio in 2015. Taking corporate style guides as their starting-point, they designed the journal in the manner of a technical publication. They used Programme font by Maximage studio in Switzerland, a typeface that allows multiple variations and at the same time gives a strong identity to the whole.

Centre national des arts plastiques supports graphic design professionals in all areas, and takes an active role in initiatives to familiarise a wider audience with these practices.
Remarkable projects and a highly dynamic network continue to disseminate graphic design in France. However, greater recognition and development of this field requires an even more powerful momentum that will consolidate efforts already undertaken by distributors and their partners.
Published annually in French since 1994 by Cnap, Graphisme en France has been available in English since 2014 through the Art Book Magazine digital bookstore app, and in PDF at www.cnap.graphismeenfrance.fr.