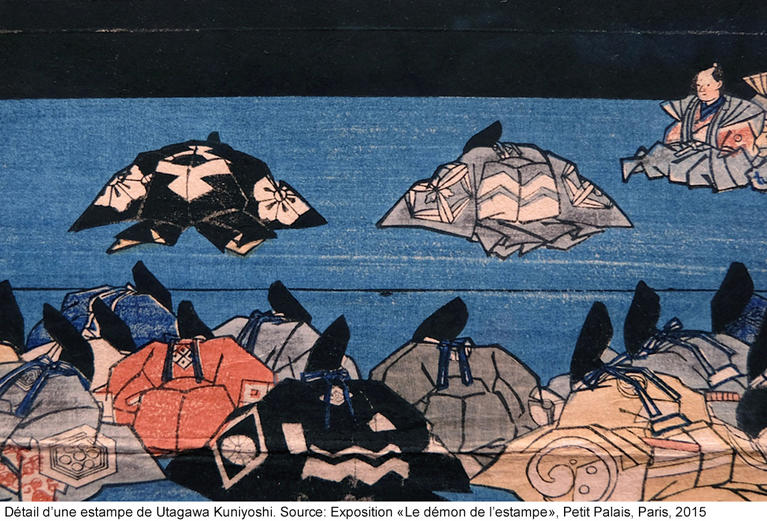 "Welcome me, landscape" is the partial display of an ideal collection, reflecting art forms that appear to free themselves from a typically human gravity. Nina Canell, Mark Lewis, Helen Mirra and Gyan Panchal all practice, it seems to us, a form of unselfish art. This is probably why all of what surrounds them, even in its most uncontrollable aspects, can become allies, partners, accomplices even, in the implementation of their work. As they embrace space and time, artists may be in the best position to get precisely what they desire: the perfect moment to capture a snowstorm, a symbolic shedding, the materialization of an unexpected void or the pitch of a travel notebook that would in turn belong to an entomologist, a poet or an hermit.

CB: "We still live under the reign of logic ...". These words by André Breton seem to taunt us forever. They remind us it still falls upon artists to transform this mind-map of a chartered and "finished" world by opposing extravagant phenomena to it, namely: a poetic matter organized and operated so that it'd question our certainties. We envision this collective exhibition, it seems to me, as an antidote to a liability that would engage the artist alone: one that would defeat usual categories to impose the idea of a continuum through which unknown laws would regulate a fluid circulation system between people and things. The word 'porous' seems the most appropriate in order to advertise the very unclean, very horizontal system that drives this project in my mind. The idea to paint on the clothes one wears (Gyan Panchal) or the creation of rubbings to recount a walk in the landscape (Helen Mirra) meet up to enhance a (cross)fade vision through which not one thing is ever alone but on the contrary calls for a whole, calls perhaps for its opposite, simultaneously.

IA: I am very sensitive to what you describe, to this idea of a continuum between the body of the artist, the work and the natural space, a continuum that also often exists between pieces and their exhibition space. For six years, the gallery's tile-floor has been one of the major 'players' of our exhibitions, for instance. Here, it acts as a backdrop for the great plexiglas work by Nina Canell. To ensure that motif and background became one, was one of modern art's objectives, I'm thinking of Vuillard or about abstraction. And, through the means of a very contemporary thought form that de-prioritizes things, a thought form transiting from animals to humans to plants to artifacts, it is as if we returned to the 'classics' we most hold dear. I like this idea of an infinite loop that would always push us back to what we liked in the first place, passionately, without necessarily having to understand what touched us back then. Reassessing my first loves with the criteria that I hold mine today and finding them still beautiful, all the more stimulating, is to me an infinite source of pleasure. I think that's what brings us together and gives Marcelle Alix its 'classic' taste too, in a sense, its taste for artists that already are classics. Thus, in particular, I see the work of Nina Canell in its relationship to space, as well as Mark Lewis's in its relationship to painting.

CB: I have this fantasy for projects at the gallery which would remind me of my favorite exhibition moments, those I carefully keep in mind when this continuum we're talking about is freely (and openly) expressed, it seems to me, encouraged by the intensity of certain meetings. I always find it nice to let my eyes wander in museums that have a real sense of staging, those which rely on the space between works and on what may occur, for example, between a table, a chair, a trinket, a window or a particular pavement. English museums make prowess in the genre but it's in the charming Musée de la Vie Romantique, in Paris, that I was recently reminded of this breezy English touch. The gesture of displaying thistles on a chair or on the edge of a chimney goes well beyond its prohibitive role to become an extension of the painting. These small thistles gave value to something that was not acting on the same level as the rest, but still remained part of the rest, something that was included, assimilated and aesthetically encouraging. In this exhibition, we'll see one piece through another one and this system of indirect and interpenetrating vision and forms make some space for what classical art has sought to take in within the limits of whatever media being used: air, floating bodies, tapes of writing (ancestor of sort for speech bubbles), or the unsettling feeling of being watched by something that requires a constant correction of our discourse.

IA: I like the idea to start 2016--after such a violent, such an un-conductive to contemplation year we just came out of--by the perhaps idealistic vision of an exhibition that would reconcile the various reigns, that would give birth to a harmony between works of different craftsmanship and the gallery's quirky space. A pacifist fantasy kind of an exhibition, a manifesto of conciliation that each of the displayed works contains.

Nina Canell was born in 1979 in Växjö, Sweden. She lives in Berlin. Her work was recently shown in France at Rond-Point Projects, Marseille (cur. Anja Isabel Schneider), at the 13th Lyon Biennale (cur. Ralph Rugoff) and at Crédac-contemporary art center in Ivry-sur-Seine (cur. Chris Sharp). Her last solo museum exhibitions include "Free-Space Path Loss" at Lunds Konsthall, Sweden, "Mid – Sentence" at Moderna Museet, Stockholm and "Near Here" at Baltic Centre for Contemporary Art, Gateshead, England and Camden Art Centre, London, 2014. She is represented by Barbara Wien in Berlin.

Mark Lewis was born in Hamilton, Ontario and currently lives and works in London, U.K. Lewis began his career as a photographer before moving into film. He has had numerous solo shows: at BFI Southbank (London); Art Gallery of Ontario (Toronto); Vancouver Art Gallery (Vancouver), MUDAM (Luxemburg). In 2009, Lewis represented Canada in the 53rd Venice Biennale (cur. Barbara Fischer). Most recently he had a presentation at the Sao Paulo Biennial, Brazil (2014) and solo exhibitions at The Louvre, Paris (2014); Le Bal, Paris (2015); Canada House, London (2015), and The Power Plant, Toronto (2015). He is represented by Daniel Faria in Toronto.